The hydrogen systems joint venture is forming between traditional competitors Daimler and Volvo.
Rivals Daimler Trucks and Volvo AB have announced that they are working together to produce long-haul truck fuel cells.
The companies want to lower develop… 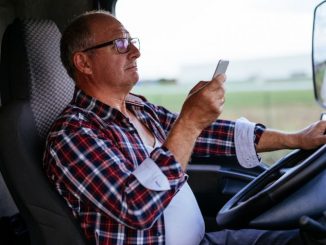 Police in Suffolk said it was “extremely frustrating” that large numbers of HGV drivers are breaking the law, after officers detected over 350 traffic offences in just five days. A joint Norfolk and Suffolk roads and armed policing team used a lorry cab to monitor truckers on the A14, A11 and A12 last month. Between the 25 and 30 April, the police stopped almost 300 vehicles, including 148 HGVs, and detected 356 offences including not wearing a seatbelt; using a […][1]

Please login[2] or create a FREE account[3] to read the full article.

Kohl Bennett’s red Mondeo was seen travelling at 60mph in a 30mph zone on residential streets in Langold, at 2.15pm, on April 19, said prosecutor Sanjay Jerath.

He joined Doncaster Road and reached 70mph, “swerving in and out of traffic” before driving the wrong way down one-way Firbank Crescent.

Bennett headed towards Langold Country Park, before dropping off the woman, and spinning the car around the way it had come.

He narrowly missed a police car before reaching speeds of 100mph on the A60, then turned off at Tickhill where he nearly collided with a motorbike and a lorry.

The Mondeo was located on Westgate and Bennet was found lying in a nearby garden, “shaking,” with the car keys in his hand.

Karen Moxon-Smith, mitigating, asked for the bench to deal with him by way of a suspended prison sentence and unpaid work.

The court heard he deserved credit for his early guilty plea.

Bennett, 22, of Morrison Avenue, Maltby, Rotherham, admitted dangerous driving, without a licence or insurance, failing to provide and using a false number plate.

On Thursday, Magistrates in Mansfield ruled that their sentencing powers were insufficient to deal with all of the offences.

They imposed an interim driving ban for six months and bailed him to appear at Nottingham Crown Court, on May 27, for sentencing.

Editor’s message: In these confusing and worrying times, local journalism is more vital than ever. Thanks to everyone who helps us ask the questions that matter by taking out a subscription[1] or buying a paper. We stand together. Ashley Booker, editor.