Bradley Tyas was fatally injured during the smash on the A60 near Belph after hitting the water at “excess speed” and spinning into an approaching LGV lorry.

Paramedics pronounced Bradley – who had become a father just seven weeks before – dead at the scene on January 21 around 6am.

The new father – described as “the kindest, most loving person” – by family had been travelling to work when he collided with the truck.

The i newsletter cut through the noise

An inquest into his death was told today that a police collision investigator found Bradley’s seatbelt fully retracted and locked – indicating it was not worn at the time of the crash.

Police said footage from CCTV at the Welbeck Estate indicated Bradley was travelling at between 69mph and 83mph on the 50mph road.

While a runner nearby to the scene on the morning of the crash told the inquest in a written statement he saw Bradley’s A3 travelling “ridiculously fast” moments before.

Heavy rain the previous day had caused surrounding fields to become “saturated” – creating a pool of water either side of the road at the scene of the collision. 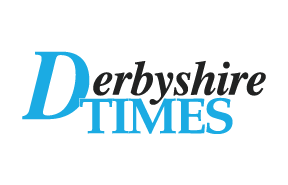 As Bradley’s A3 – travelling north towards Worksop – hit the pool aquaplaned and “rotated” into the path of the oncoming DAF lorry travelling in the opposite direction.

PC Lacey said in his evidence the maximum safe speed to hit the body of water would have been 60mph.

The A60 near to the scene of the accident

He added that a vehicle travelling at 50mph or below could have passed through the water safely however Bradley was “travelling in excess of the speed limit” at the time of the accident.

Bradley’s partner Beth Richardson told in a written statement that on the morning of the accident he was running a few minutes late for work.

However she said: “Whenever I was in the car with Brad I would feel safe and at no point have I ever been scared of Brad’s driving.

“He liked cars and it was maintained to a very good standard – if things needed fixing he would get them done.”

Concluding the inquest Miss Evans said: “When (Bradley) drove into the standing water the excessive speed forced his car to aquaplane.”

Ms Evans added that although Bradley was not wearing a seatbelt a the time of the crash “the level of damage to his vehicle was such that it may not have made any difference to the outcome.”

Miss Evans concluded that Bradley died as a result of a road traffic collision.

In the days that followed Bradley’s death in January his family described him as: “The kindest, most loving person, who could light up a room with his energy and smile and his contagious laugh.”

They added: “He had a massive character, full of life, charming and funny.

“He leaves behind his beloved fiance, son, his mum and stepdad, his dad, and two devoted sisters.”

In these confusing and worrying times, local journalism is more vital than ever. Thanks to everyone who helps us ask the questions that matter by taking out a subscription[2] or buying a paper.

High trucking costs are expected to last through 2021, adding to retailers' challenges

The TelegraphWhy you’re struggling to lose weight in your 50s – and what to do about itAs midlife sets in, maintaining a healthy weight often becomes harder. Tricks that worked in the past, like cutting down on wine or sugar, no longer seem to work, ei…

Few of us head for work thinking, “Geez, what if something nasty happened to me today? Would I know how to handle it?” The truth is most of us live in pretty comfortable routines. We seldom stop to consider the “what-ifs”.
But consider how many car and…

Used Trucks and Trailers for Sale in Gwent

Per mile road pricing is ‘one of the best fiscal changes’ that any government could make and must be introduced by the end of the decade, a report handed to MPs this week claims.
It said the pay-per-mile scheme should be mandatory in 2030 but ele…

Some fleets are mistakenly under the impression that their ELDs are compliant with Canada’s upcoming third-party certification requirement according to Kerri Wirachowksy, director of the Roadside Inspection Program at the Commercial Vehicle Safety Alli…

New Delhi: In order to revolutionize the transport of goods and reduce the overall logistic costs, the Automotive Industry Standards Committee…